NOBISKRUG’s story officially starts in 1905. But it really began a few years earlier when the shipyard’s lifeline, the Kiel Canal was opened in 1895. Today the canal is one of the world’s busiest waterways and NOBISKRUG is an internationally renowned superyacht shipyard, specializing in made-to-measure custom-built superyachts. Throughout the company's history, NOBISKRUG can look back and build on a long history and many innovations that have benefited every superyacht built at this shipyard. 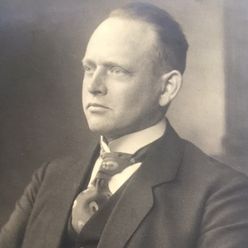 First contract for the 18 workers on the yard is a hopper barge for N. C. Ohlsen of Aalborg, Denmark. Her hull number is 001.

NOBISKRUG schooners of the type “ICH VERDIENE” (“I EARN“) became bestsellers. "ANNEMARIE" is followed by others. Many of these three-masters are still seaworthy today.

Coasters "WALTRAUD BEHRMANN" and "CHARLOTTE BOHL" are the first new-builds after the end of World War II.

Cargo vessel Bleichen, 93.3 metres long, is built. Today she is a museum ship in Hamburg.

Construction of "DEUTSCHLAND", a car and train ferry for the German Federal Railways.

Delivery of "SEABEX ONE", a dive support vessel for use in the North Sea. "SEAWAY CONDOR" follows in 1982.

Launch of “POLARSTERN”, the German research and supply vessel that is also an icebreaker.

Oil-recovery vessel “WESTENSEE” is built for the Bremerhaven Water and Shipping Authority.

Extension of famous cruise ship “BERLIN” with a length of 16.8 m - A masterpiece in shipbuilding.

NOBISKRUG establishes a department of steel construction. Their fields of operation includes the oil platform “MITTELPLATE” in the Wadden Sea and RWE Dea’s offshore pontoons.

NOBISKRUG's inaugural project "TATOOSH", completed in the year 2000, was one of the largest superyacht at that time, equipped with special features like a large swimming pool, a helicopter landing pad and a sail-boat tender.

Refit of the 46-metre-long yacht “ONTARIO”.

Construction of the superyacht hall. An impressive 160 m long, 25 m wide and 23.4 m high (air draft), It is Europe’s largest, most modern and climate- controlled shipbuilding hall and can accommodate two 75-metre-long superyachts.

Delivery of "TRIPLE SEVEN". For this project NOBISKRUG used for the first time - the in-house developed technology - moulded parts made of composite materials, which replaced the usual aluminium superstructure. This can be formed into any shape or size, saves weight and time during construction and eases up maintenance while the yacht is in use. Years later, the use of GRP on yachts became standard. Awarded prize by International Superyacht Society (ISS). 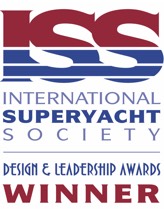 Delivery of 74-metre-long superyacht “SIREN”. She was the first superyacht with a hydraulic foldable helicopter platform, that can also be used as a sundeck, a dance floor or a stage. The owner's side terrace was another innovation of its time. Nowadays this feuature is a standard.

Takeover of NOBISKRUG by PRIVINVEST Group.

Delivery of superyachts “JAMAICA BAY” and “SYCARA V”. At the time, “SYCARA V” had the largest tender garage that has ever been installed on a superyacht.

Delivery of superyachts “MOGAMBO” and “FLYING FOX” Two other yachts are under construction.

Takeover of the LINDENAU shipyard in Kiel.

Delivery of 74-metre-long superyacht “ODESSA II”. Apart for her being a perfect superyacht for various entertainment activities (the helicopter platform turns into an illuminated stage, sophisticated loudspeaker systems, food lift from the pantry to the main deck etc.), she has an innovative water mist system, which is installed in all awaning poles across all the exterior decks, providing a cool breeze for guests in sunny locations.

Delivery of a transformer platform for the wind farm EnBW Baltic 2.

Delivery of the accommodation platform “DanTysk”.

In conjunction with GERMAN NAVAL YARDS Kiel and LINDENAU shipyard, NOBISKRUG forms the German shipyard group GERMAN NAVAL YARDS and opens its representative office in Germany’s capital city, Berlin. With an integrated management and joint administration, the German shipyard group leverages the unique skills of approx. 1000 employees and the high-performance infrastructure of its neighbouring shipyards.

Delivery of 143-metre-long superyacht “SAILING YACHT A”. “SAILING YACHT A” leads the way with her revolutionary engineering and design. She is one of the world’s largest and most advanced superyachts with unique features such as underwater observation pod, hybrid diesel-electric propulsion system and state-of-the-art navigation systems.

The high-tech and environmentally-conscious 80-metre superyacht "ARTEFACT" (Project 790) is one of the first yachts built under the new IMO Tier III regulations. ARTEFACT’s distinctive aesthetic exterior and interior styling reflect the discerning Owner’s persistence to achieve a list of special criteria that included environmental responsibility, technological innovation and guest comfort. "ARTEFACT" is the perfect marriage of art and science.

"BLACK SHARK" is a custom superyacht project commencing the outfitting phase at the shipyard in Rendsburg. The superyacht is built under the new IMO Tier 3 regulations and the Red Ensign Group Yacht Code Part A. 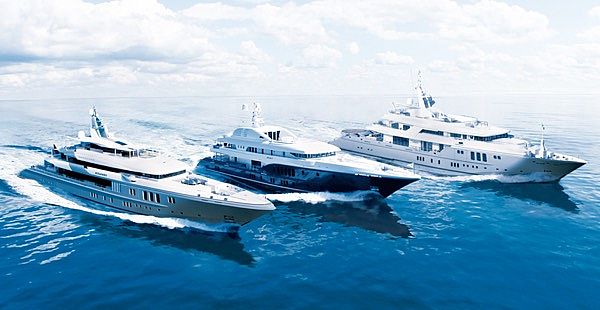